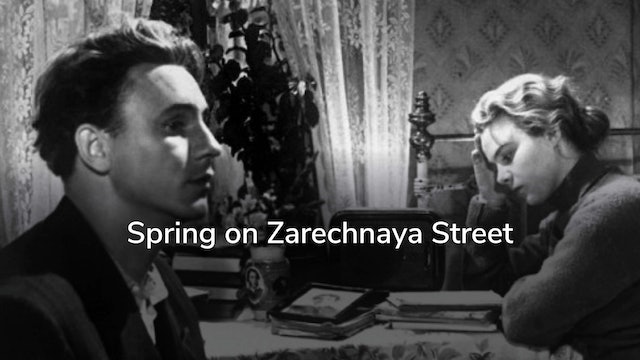 The feature debut of beloved auteur Marlen Khutsiev, Spring on Zarechnaya Street signalled a sea change in Soviet cinema on its release in 1956. Charting the romance between a literature teacher and a happy-go-lucky factory worker in provincial Ukraine, Khutsiev and co-director Feliks Mironer capture the sincerity and optimism of the post-Stalinist ‘50s. Shot through with Khutsiev’s trademark lyricism and warm humanism, the film was a huge hit and remains a landmark of its era. 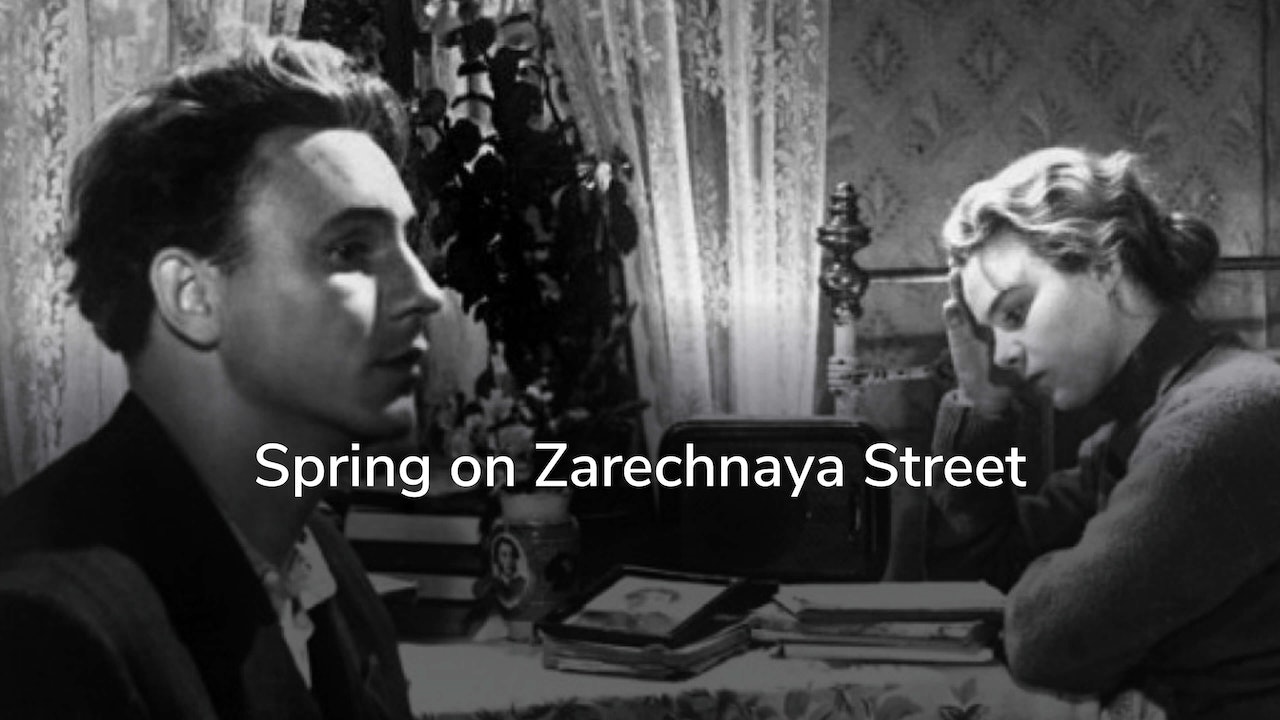